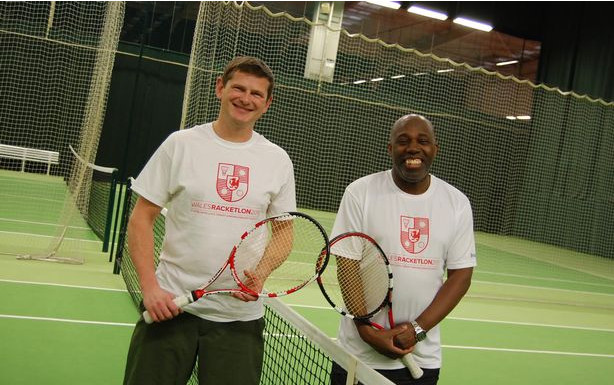 David Lloyd Club Cardiff will be hosting the sixth annual Wales Racketlon Open on the weekend of the 21st and 22nd February 2015. The event will begin at 9am and involves over twelve different categories, allowing players of all standards to participate.

A Racketlon requires competitors to play opponents in one set of table tennis, badminton, squash and finally, tennis. Rather than just being four racquet games that have been combined together; Racketlon has become a sport in its own right. The contest is decided on a points system that counts all four sections of the tournament towards your final score. The Wales Racketlon is a friendly sociable competition and people across the UK of all age, genders and abilities are encouraged to take part.

Speaking of the tournament, organiser Peter Bridgeman said: “Every year this tournament grows and now has a regular place on the Racketlon calendar. My aim for the future is to increase the Welsh participants in the competition and to up the number of juniors and women who take part. It’s amazing to see how far the tournament has come and I would like to thank all the sponsors, such as Easystore Self Storage, who make this amazing event possible.”

Managing Director of Easystore Brendan Connies-Laing said: “We are thrilled to be involved again with such a prestigious event for the third year running. It’s always a great success and everyone who takes part thoroughly enjoys it. The underlying principle behind the tournament is to encourage people to participate and so anyone can enter, whether they’ve had any experience or not. We want the event to be fun so, whilst it is great to watch the top-ranked players all performing at a phenomenal level, we also want people just to have a go!”

The Wales Racketlon has an international flavour with competitors from over ten countries including Wales, England, Scotland, Ireland, Germany, Hungary, France, India and Israel.

If any players want to take part be please visit the Wales Racketlon Website: www.walesracketlon.co.uk or contact Peter Bridgeman directly.