How To Stop Snow Coming Through Your Home’s Ceiling 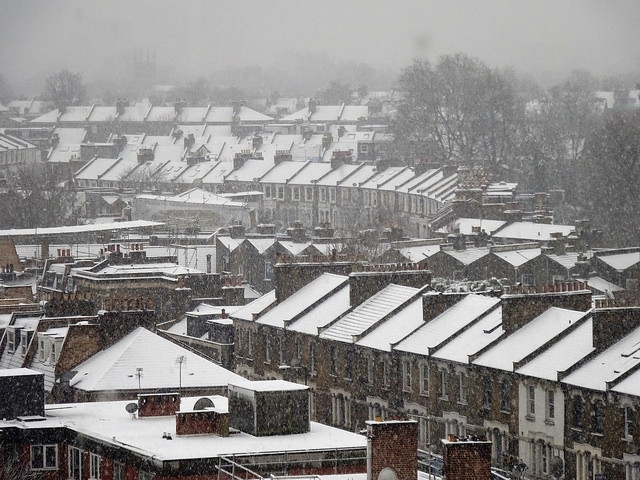 When you think of snow days, you think of building snowmen with loved ones, having snowball fights and buying copious amounts of bread just in case the apocalypse does truly set in (well, only if you live in the UK, it would seem).

In the recent spate of bad weather from our Siberian neighbours to the north, dubbed the Beast from the East, we had a few days of Snowmageddon when we should have started to see the shoots of spring popping up: it was clear this was no regular dose of snow.

The severely cold temperatures battered newer boilers around the country, with many a condensate pipe freezing, causing many homes to succumb to jack frost and make plumbers across the UK a few quid – at least the snow didn’t stifle the entire economy…

Due to the high winds and fine nature of the snow, it actually caused quite of bit of havoc with attics, too.

Many roofs have gaps between the slates for ventilation purposes, especially those houses built in the early 20th century. The fine snow was being blown in through these gaps and settling in the attics of houses. With many attics having thick layers of insulation, the snow caused no immediate danger, especially with temperatures staying well into the minus for a number of days.

Many homeowners were alerted to the issue on social media, especially community Facebook groups where lots of similar houses occupied certain areas.

Those quick-thinking homeowners soon set-about getting up to the attic and trying to remove as much snow as possible into black bags and buckets, then safely disposing of them either in hot baths or outside. However, those with a significant amount of snow suffered lasting effects as temperatures rose and the snow melted, thus seeping through to the ceilings below and staining the plaster.

This damage can be serious if it were a large amount of snow that had melted, with ceilings sagging or even being at risk of collapse. However, most homeowners were left with superficial damage and a few patches of damp and brown-coloured stains that didn’t compromise the integrity of the ceilings, they just looked terrible. 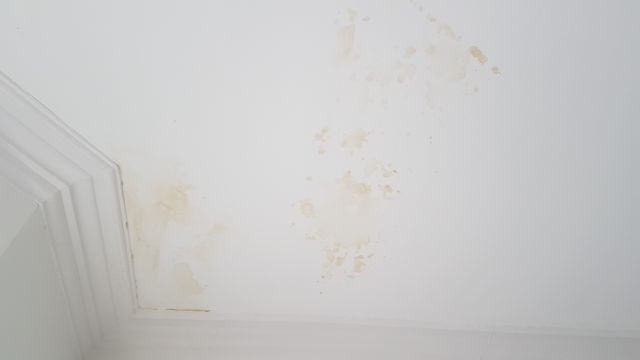 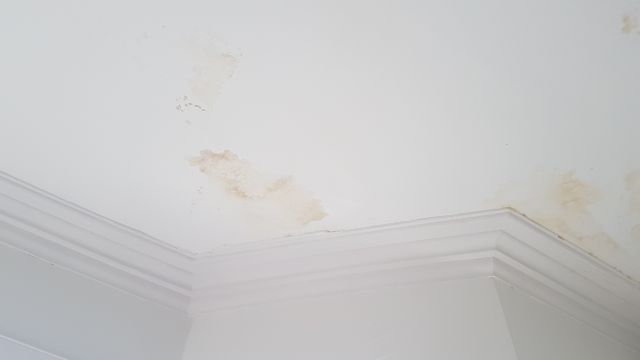 The best thing to do with these patches is to keep the house nice and warm for a period of time to ensure all moisture has been absorbed by the ceiling and simply wait a few weeks for the (hopefully) warmer weather to help dry out the patches fully, along with good old central heating. Once a few weeks have passed, it is advised that stain-block paint is applied over the stains before a new coat of paint is applied to the ceilings to make as good as new.

For more preventative measures, it is advised that people get their roofs assessed by professionals to see if anything can be done to prevent large amounts of snow or moisture getting in the roof in the future.

If nothing can be done to better equip the roof for weather such as what we experienced with the Beast from the East, it may be a good idea to put a plastic tarpaulin down on top of the insulation if weather such as this returns. That way, any snow removed from the attic in the future don’t have the chance to be absorbed into the ceiling.

It must be said, however, that the mix of fine snow and high winds that breached our shores was a rare occurrence. Still, it is better to be prepared than finding yourself with a hole in the roof!

Looking for storage? With self storage facilities in Cardiff and Bridgend, Easystore has you covered. Why not ask us for a quote today?