Moving from England to Wales: Everything You Need to Know 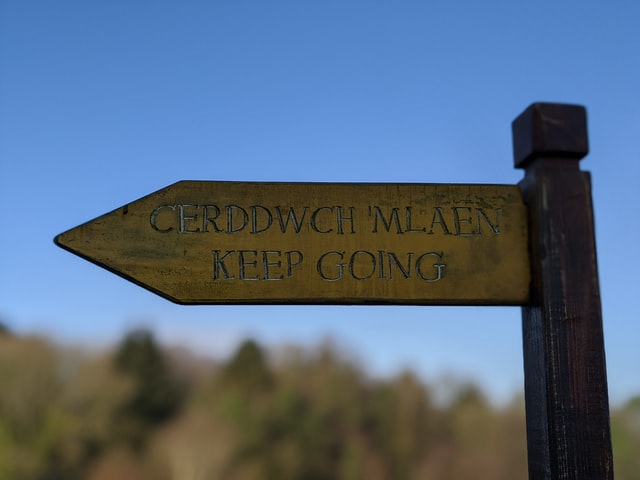 Deciding to live in a different country is a big deal – even if you’re just crossing the border from England to Wales.

But unlike living abroad, moving from England to Wales isn’t as huge a shock as some might have you think. In our guide to moving to Wales, we’ll tell you everything you need to know.

You’re bound to have noticed on your visits to Wales that signs and road markings are all written in English and Cymraeg (that’s Welsh for… Welsh). 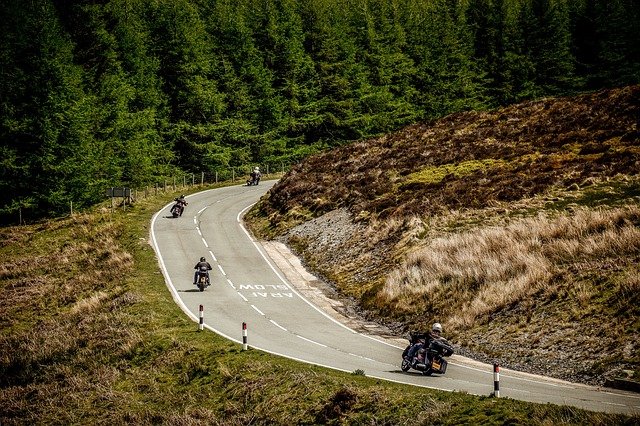 Similarly, if you’ve ever arrived into Wales by train before (e.g. at Cardiff Central station), you’ll have likely heard the train station announcements in Welsh and in English, rather than just the latter.

It can take a little bit of getting used to – but it’s also an opportunity to learn the local language and get a feel for it. That’s going to help if you’re moving to Wales with children, because Welsh is a school subject here.

Some schools teach primarily in Welsh – but that’s only in primarily Welsh-speaking areas, like Gwynedd in the rural north of the country. The endurance of the Welsh identity is strongest in the north, but people still speak English or have some understanding of it in these parts.

In fact, 84% of Cardiff residents have no knowledge of the Welsh language at all (source). Interestingly, the number of people who know Welsh is going up overall, mainly because of changes to the way it’s taught in school, and government-supported cultural preservation, such as Cadw.

So, while our language and heritage is important to us, you’ll never be alienated because you don’t speak Welsh.

Quite the opposite, actually.

Cardiff is the wettest city in the UK. It rains, on average, 149 days a year.

In a country where it rains so much, you’ve got to find other ways of keeping warm, and the Welsh seem to do it with generosity of spirit.

Welsh people tend to give lovingly, even to total strangers; be that with their time, with a conversation, good food, joyful smiles… It’s what keeps our communities warm on those (numerous) rainy days.

Wales has a devolved government (Senedd Cymru). It’s complex to describe, but it means that Wales has greater national control over things like farming and fishing, forestry and rural development, culture and public services.

The biggest things to know are:

How you’ll experience them depends on your job, family and health. For example, in Wales, all prescriptions are free. We’ve already covered the Welsh language in school, but a new school curriculum will launch in Wales for 2022. There are some minor differences in early years and primary education, too.

For the most part and for most people, nothing is radically different – the day to day will all be the same.

Recently, the biggest difference in governance will have been experienced as lockdown restrictions. Wales responded to the crisis differently to England, which meant border closures between the two countries for some time.

Currently, travel into and out of Wales from the rest of the UK is allowed, and most of our guidance is aligned with that in England:

The COVID situation changes fast – to keep up with the latest Welsh coronavirus changes, check the gov.wales website.

In Wales, there is no sport. Only rugby. Say goodbye to watching football matches down the pub – you’re in rugby land now.

Only joking! Well… sort of.

In Wales, rugby has something of a following, shall we say. It’s far and away the nation’s favourite sport – but we don’t mind a bit of football now and then. We’ve even made it to the World Cup a couple of times, and we’ve produced some of the world’s finest footballers.

It’s rugby where we really shine, though. And after getting to a few matches yourself, we think you’ll soon see why. It’s a sport that embodies the Welsh spirit; rough, ready and loads of fun. 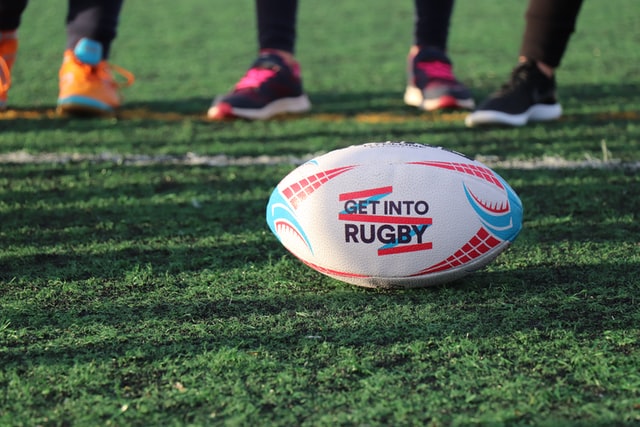 You’re probably thinking that Welsh cuisine stops at stewed lamb, but Wales is a land as rich in food as any other, and even the most traditional recipes are exciting and delicious (if a little unexpected).

On the whole, Welsh food is a hodge-podge of global cuisines, much like England. We’ll have spag bol for tea on a weekday, a roast on a Sunday and a takeaway curry on a Friday night – but we’ve got our own famous foods. And no, it’s not just cheese on toast!

The countries of the UK tend to be famed for savoury foods that evoke strong opinions – like Scotland, which has haggis. England has the beautifully beige fish and chips. Ireland lays claim to black pudding.

But Wales goes the other way – with cake. Welsh cakes, to be precise. Yes, Welsh rarebit, cawl and Glamorgan sausage are arguably the most famous, but we like these sweet little scones the best.

They’re cooked on a bakestone, which results in a flattened cake that you eat without jam or cream. They taste good enough without.

And if you’re wondering what we call a cob/roll/bun here – ask for a bap in a Wales.

Yes, Wales has a lot of them. They’re almost everywhere. You’ll probably not see many in towns and cities, but you will see them on just about any drive or visit to the valleys. 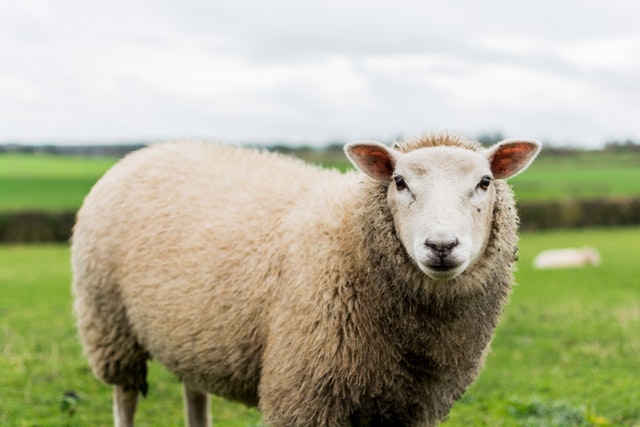 In places like Abertillery and Abergavenny on the fringes of the Brecon Beacons, it’s not that uncommon to have the odd sheep pop up in your back garden to sample your lawn (we wish we were joking).

You’ll get used to them, though. It’s like having neighbours with really big, woolly cats who like to visit your garden every now and then.

We’re a bit biased – but Wales is properly gorgeous (or maybe we should say “lush”). 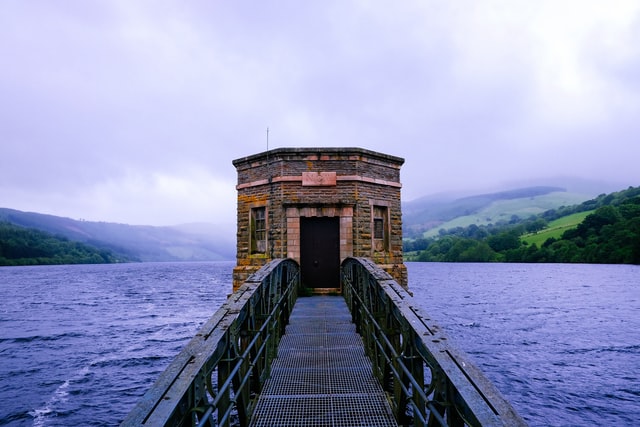 If you love nature and history, you’re going to congratulate yourself regularly for moving to Wales. You’ll be living in a place that’s never too far from anything, with some of the most stunning vistas in the UK – nay, the world.

Snowdonia National Park, the Brecon Beacons and countless well-preserved castles and buildings make Wales utterly stunning to behold. World-class mountain biking, epic hikes and a deeper connection with the natural world in which you live are all within your reach.

And you’re so, so welcome here. Come and enjoy all we have.

By now, you’ve probably noticed that most of the differences between England and Wales are minor or totally superficial. And a few things are objectively better; like free prescriptions.

But the main things – the big, important things – are all the same.

We drive on the left. Our plug sockets are the same as English ones. We’ve got all the same shops, chains, takeaways and services that you’d expect to find anywhere else in the UK.

And, despite having our own language, the overwhelming majority of people living in Wales speak English as their first language.

Wales is a welcoming place, where our sames run through and through.

Practical Things to Consider when Moving to Wales from England

Hopefully, you’ll find that integrating into Welsh society will be as smooth as silk – but there are some practical things to consider when moving to Wales from England.

Keep your eyes on the road – because that beautiful landscape can be challenging to drive through. In rural areas, animals like to take to the road. Getting places is generally easy in metropolitan areas, but life in the valleys and the hills is a little different.

Weather can make it harder to get to work, and some shops and services close early or unexpectedly as a result. Comparatively low house prices and the stunning scenery in rural parts are a big draw for people moving from England, but don’t expect an “always on” culture. That’s more of a city thing.

Finding a really good Internet connection is harder where the geography is challenging, but things are definitely getting better – and COVID has shown us how essential Internet services are.

Depending on where in England you’re moving to Wales from, your removals process might need some strict logistics and planning.

If you’re doing a phased or long-distance move, sort out some temporary self storage in Wales where you can move bulky or non-essential items beforehand. You’ll thank yourself for streamlining your move and taking some of the pressure off your international move.

And that’s exactly what it is. Bon voyage, and croeso i Wales!

Need a safe, secure storage unit in South Wales? With Easystore Self Storage, you get 24/7 access and site security you can trust – backed up with contents insurance at no extra cost. Get an instant quote or contact us today – or find out more about our storage units in Cardiff and Bridgend.