A Focus on: Bridgend 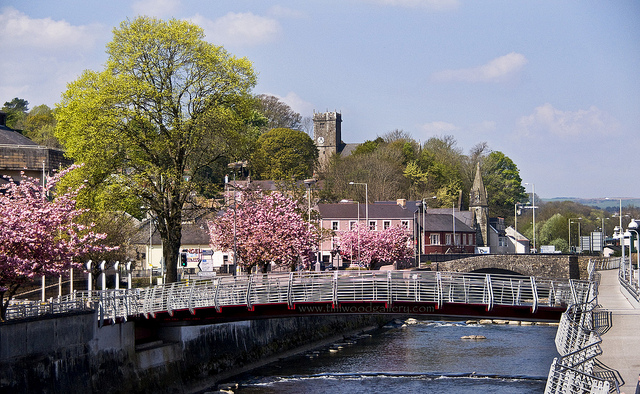 In 2009 Easystore Self Storage opened its second unit, on Brackla Industrial Estate. Less than a mile away from junction 36 of the M4, the units are easily accessible. In fact, the geographical position of the town has played a large part in its rise from a roman settlement to a bustling market town.

A Focus on Bridgend

Bridgend, or Pen-y-bont means ‘the end of the bridge on the Ogmore’ with the town taking its name from a medieval bridge situated at its centre. The town is the ninth largest in Wales and is home to more than 39,000 people – 149,000 in the wider county borough.

Given its central position between East and West Wales, Bridgend quickly grew into a burgeoning market town – a status it held through into the 20th century. However, it was the arrival of the Great Western Railway which put Bridgend on the map as it became an important junction transferring the newly discovered coal from the South Wales Valleys to London and the ports at Porthcawl & Barry.

During the Second World War, Bridgend hosted both a large munitions factory and a POW camp. The munitions factory and store was staffed by 40,000 workers made up mainly of women from the local and surrounding areas. The POW camp was initially designed to hold 2,000 prisoners, but was eventually deemed too comfortable, and was later changed to hold officers, including SS officers waiting to be extradited to Nuremberg for trail. The camp was also notable for featuring one of the largest escapes – remarkably similar to that of the allies in ‘The Great Escape’ – with 70 prisoners digging and constructing tunnels out of the camp. Dubbed ‘The Forgotten Great Escape’, all were eventually recaptured, some as far away as Birmingham.

Despite the area’s importance, Bridgend town was never blitzed (although surrounding areas were affected), possibly due to an apparent ‘air pocket’ that exists over the town, making bombing runs extremely hazardous.

The area has hosted the National Eisteddfod (1948) and – thanks to its central location between Cardiff & Swansea – is home to headquarters or prominent bases for Sony, Lidl, Ford CGI, Staedtler and formerly Wigley. The South Wales Police force headquarters is also based in the town.

The town has several popular shopping areas including the indoor market situated in the Rhiw Shopping Centre, as well as several out of town areas such as Waterton or the McArthur Glen Designer Outlet – known locally as The Pines.

The area has a rich sporting heritage, most notably in Rugby Union with Bridgend Ravens playing in the Welsh Premiership. The area was once joined with Pontypridd in hosting the Celtic Warriors, prior to their dissolution a year after forming. The town also has an Athletic team playing in the Welsh Championship and has strong links to the Ospreys region.

Former Super League rugby team The Crusaders were also based at Bridgend.

The area has two football teams in Bridgend Town AFC and Bryntirion Athletic, both sides playing in the Welsh Football League.

Easystore Self Storage owner Brendan tells us why he chose Bridgend: “We were looking for an area with great transport links, and with its perfect location along the M4, Bridgend fit the bill. It also has ambitious growth plans detailed in the council’s impressive Unitary Development Plan.

“It has proven to be a brilliant choice and we have received tremendous support and loyalty from a hugely diverse customer base. Our simple philosophy of transparent pricing has been welcomed by all our customers and this is reflected in the reviews and testimonials we have received, of which we are immensely proud.”

If you live in or near Bridgend and are in need of self storage units then consider Easystore Self Storage. Our Bridgend storage facilities are accessible 24/7, they are fully secure and we offer free contents insurance and even van and forklift use (more info & terms available here). Get a quote today!