5 Reasons Why You Should Consider Moving to Cardiff from London

[Not in London? We also wrote a post about moving to Cardiff more generally (from elsewhere)!]

Oscar Wilde once wrote that if you are tired of London, you’re tired of life. But he lived in an age before £7 pints and the most polluted roads in the UK.

London may have more Deliveroo drivers and galleries per square metre than anywhere else, but there are also heaps of downsides to life in the English capital. From bus terminations and micro-scooters, to crammed summertime parks and the amount a bottle of water costs on the South Bank, there’s plenty to dislike about London living.

So if you are tired of London but aren’t tired of life just yet, a move to the Welsh capital could just be the answer. Here are five reasons to make the move…

1) Eating out is easier (and cheaper)

Yes, we know that London is a thriving metropolis and global melting pot, but it’s less of a foodie paradise than you might think. Anywhere decent often requires weeks of booking or hours of queuing, and everything costs at least a third more than meals elsewhere in the UK. There’s also the geographic issue to contend with. London is big, which means that the eatery you really fancy trying tonight could be an hour and a half away by train, bus and then tube. In Cardiff, the picture is very different…

Cardiff truly is a foodie nirvana. Not only is the food laughably affordable to Londoners, there’s also no need to queue around the block if you want to sample a halfway popular eatery. It’s much more multicultural than you might think too: with French, Argentinian, Japanese, Indian, Chinese, Italian, Spanish, Korean, Greek, Mexican and Lebanese restaurants (amongst a host of others) all easy to find. Best of all, these tasty delights are probably no more than 30 minutes away from you at any time, with most based around four key areas: Canton, Roath, the City Centre and the Bay.

2) Your lungs will thank you

You only need to blow your nose after a tube ride or cycle on a major thoroughfare to know that London is just plain no good for your lungs. It may have its fair share of parks and commons, but compared to Cardiff, London is low on greenery and high on smoggy nastiness. In fact, for a brief spell in 2017, London’s air pollution levels were higher than Beijing’s… 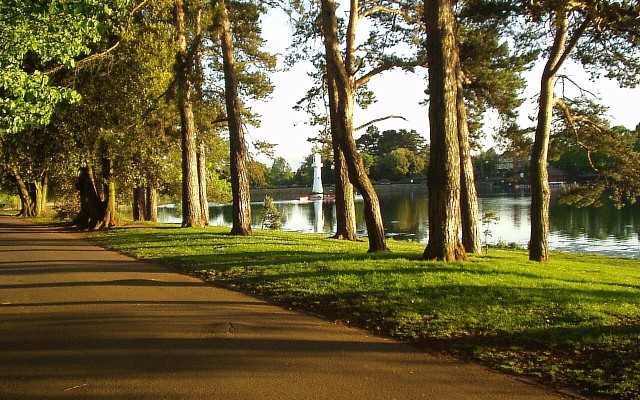 Roath Park Lake, in the north of Cardiff

The greenery within and right on the doorstep of the Welsh capital will come as a literal breath of fresh air to ex-Londoners. To the South and South West, the Severn Estuary eventually turns into the beautiful beaches of the Gower Peninsular while a direct cycle North from the city centre will find you amidst the rolling Brecon Beacons and climbing Pen Y Fan in next to no time.

3) It won’t cripple you financially

Forget shelling out £750 for a room in a mediocre shared house in the deepest depths of Deptford. For that money, you can rent a very reasonable one bed flat slap bang in Cardiff city centre. In early 2017 a basic three bed house in Cardiff was going for around £110,000 – the kind of pricing that makes Londoners’ eyes water. And it’s not just housing which is cheaper: everything from food and transport – to the cost of a glass of wine – is much more reasonable. Imagine how much money you could save (or how many delicious meals out you could enjoy)…

You can pedal right across the Welsh capital in no more than an hour, making Cardiff a brilliantly easy city to get around. The compact size of Cardiff makes it cheap and easy to explore, from posh Pontcanna in the West to trendy Roath in the East. The sprawling Bute Park and Pontcanna Fields at the heart of town also make circumventing the city a real treat in nice weather. The bus service may not run all night, and there’s no Tube (although there is talk of a metro in the coming years), but a quick taxi or cycle will get you where you want to go at any hour.

Cardiff is also very well connected, with regular trains to destinations across the country (yes, including London under two hours away: from Cardiff Central to London Paddington). There’s even an International Airport which operates extremely affordable flights to locations all over Europe and some more exotic destinations too. You can now take direct flights to Florida, Qatar, Gran Canaria, Lapland and even Barbados from Cardiff.

5) It’s not a cultural wasteland 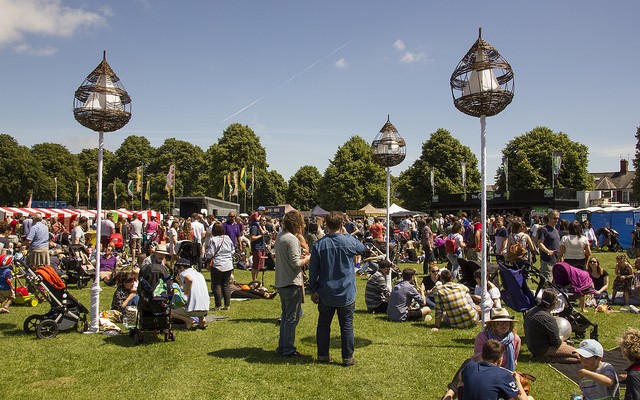 Most Londoners are unwilling to leave the Big Smoke because of the thriving cultural scene and buzzing nightlife, but there’s plenty going on in Cardiff to keep ex-Londoners interested and occupied. From food festivals and Oktoberfest, to pop-up cinema screenings in Cardiff Castle, art installations and gigs at Chapter Arts Centre, Swn Music Festival, Hub Festival, Inside Out Festival and much more, there’s plenty to see and do in Cardiff, with much more of a community feel. And the best bit? It’s all super affordable, and there’s no need to book every interesting-looking event six months in advance. Chances are you can just turn up!

Of course, given that we’re located to Cardiff, it’s easy for us to say “leave London for Cardiff!” Don’t just take our word for it though…

Natasha and Noel Gordon – who run the website HaGG.LA together – recently moved their family from London to Cardiff.

“We moved to South Wales a year ago and its the best decision we’ve ever made,” Natasha told us. “The deciding factor was primarily that we wanted to bring our four children – aged 7, 9, 11 and 13 – in a safer and less stressful environment.

“Life in London was just becoming too hectic. The traffic was horrendous and it would take us triple the time it now takes to get to places like the office, schools and shopping. We’d find ourselves driving for miles every weekend trying to escape: going to forests, beaches and country parks. The beach, the mountains and the countryside is now only 25 minutes away from our new home.

“The kids are so happy. They are really happy in their new schools, too. Everyone is so friendly in Wales – even on a Monday morning, people actually say hello, whereas in London, Mondays can be very miserable.”

“Life in Wales is definitely cheaper too. Not having to pay extortionate parking fees or a congestion charge to go into the city centre is great.”

Thanks for sharing your story, Natasha!

Want to quit London and start a fresh chapter in Cardiff? Easystore Self Storage operates convenient storage units in Cardiff and Bridgend, very handy for when you’re getting settled. Contact the Easystore team today for more information or request a quote online.